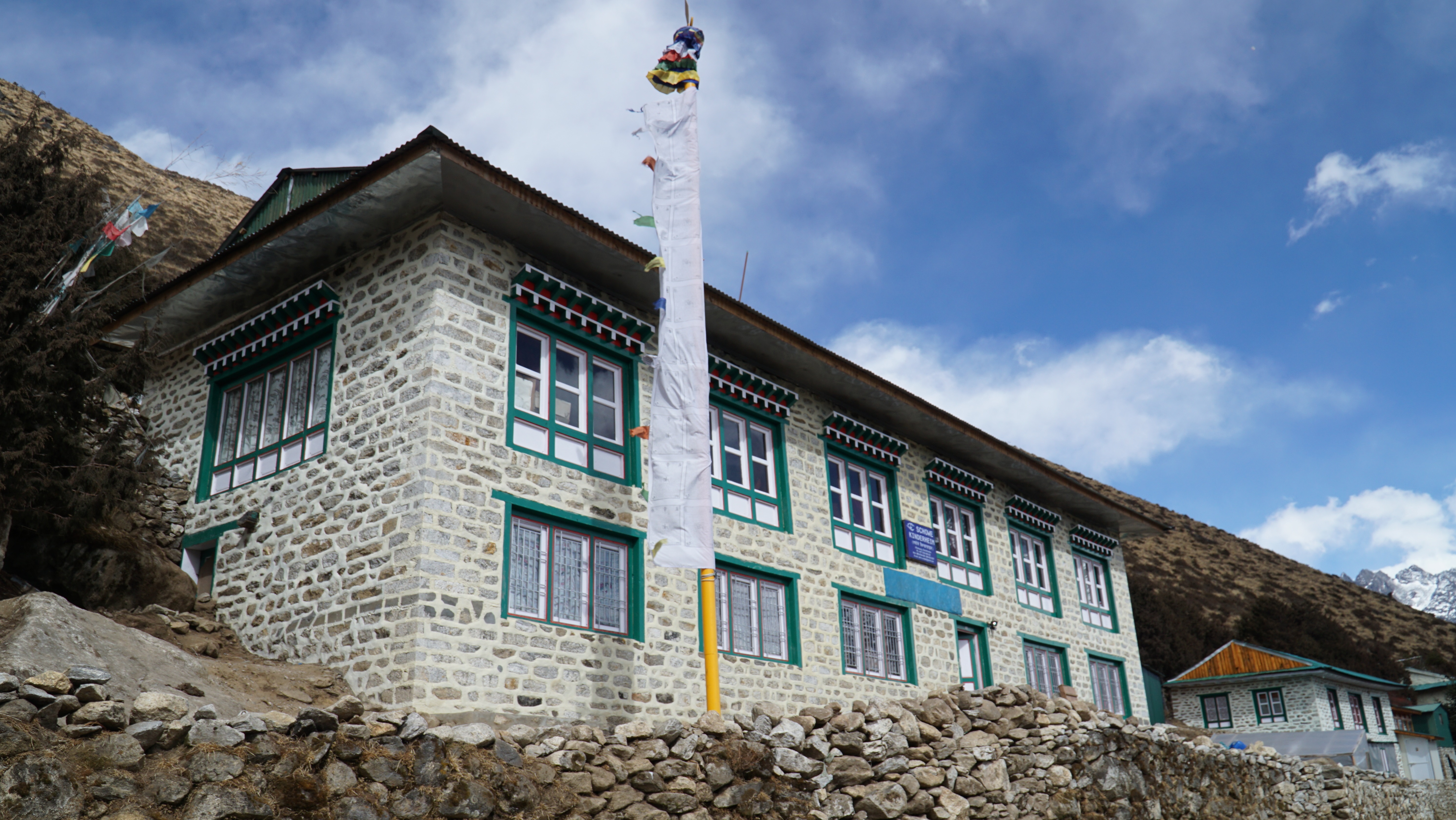 How did it begun…

After our first two trekking-tours my wife Anni and I wanted to hand something back to the nation of the Sherpas because of the great hospitality and warmth we experienced there. Meanwhile we built up a very cordial and strong tie of friendship with our guide Dawa Nuru Sherpa.

During our third Trekking tour, which led us through the land of the Rai and Sherpa, we considered the possibilities of taking over sponsorships for children in the KEC (Khumbu Yula Education Centre).
Because to enable an education for the children is the most meaningful thing we could do.

So, we decided to took over a sponsorship for a child and also wanted to support two more with the donations we collected from our presentations about our trekking-tours.

Back home we hurled ourselves into work and started to make more and more presentations about Nepal and the children´s home. Thereby we found three new sponsorships for three of the children.

On our Trekking tour in fall 2016, two of our friends took over two more sponsorships.

During this trek my friend Dawa Nuru Sherpa told me about his big dream of an own children´s home in Khumjung, which he wanted to build on his own ground. Dawa´s house got uninhabitable since the heavy earthquake in 2015 and had to be demolished and rebuilt. He asked me if I could imagine supporting him with this project and I agreed. (Werner Schoitsch)

In spring 2017 the reconstruction of the building began. In November 2017 we were already able to have a meal there during our trekking tour. The kitchen and the dining room were nearly finished as well as the common room, but without any furniture. The bedroom, the toilet, an oven and a hot water system were still missing as well.

In December 2017 the last construction phase began. We got an actual oven as well as a solar plant for the hot water system.

Especially the transportation was one of the highest cost factors during the construction. At this height everything has to be transported by air or by carriers from Kathmandu up to Khumjung. The transportation of 1kg costs about 1 euro.

We provided in total around 30.000 euros for the whole construction, in which a fourth of the money was from our account for donations.

At least finding a name for the children´s home was not that easy as well, but in the end we agreed   on the name SKH which stands for “SchoWe Kinderheim”,  in memory of  Werner Schoitsch who died in February 2018 because of an avalanche.

At the beginning of the new school-year in April 2019 the SKH will be authorized as an official Institution in Nepal.